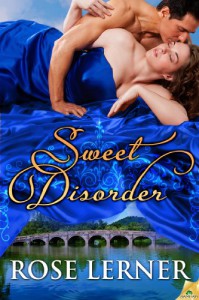 A part of me is going:
"You know this book wasn't perfect, right?"

And the other is going:

Because it was just so much fun.

Not only the main couple are adorable, I quickly fell in love with almost everybody. That was also thanks to the fact that there was no real black and white division into heroes and villains. (Sadly the exception are the main character's mothers, neither of them has has much of a redeeming quality. I can just about life with that as their actions do influence the plot, they don't just sit back being horrible people as so many mothers in romances and cozies...) People act somewhat horrid in one moment but very nice in the next. A person Phoebe (or Nick) likes might do something rather stupid and somebody they can't stand surprises them by acting very generously.

Thanks to that I ended up wishing for a happy end for the side-characters almost as much as for Phoebe and Nick. Only almost because even though everybody was charming nobody came close to the adorableness of those two.

There was no 'undying love after one meeting', you could see their feelings slowly develop while you could also understand why both were at first reluctant to act on these feelings.

And because all that wasn't enough the book was also extremely hilarious and had me giggling madly more than once("I brought you a ham." - "A ham?" - "Well you don't like sweets.") so it's not hard to forgive the somewhat stereotypical evil mothers and the fact that you will see the Big Dark Reveal (TM) coming a lot earlier than the characters)