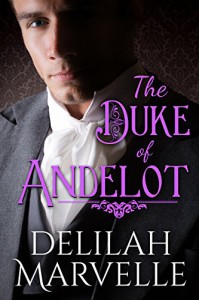 It's one of those books again:

It is set in France, the main-characters are all French but occasionally they use French phrases mid-dialogue. I assume these are moments where they feel especially French or something.

And it's not stuff like 'Bonjour' which I still would be able to get despite the fact that at school I had English, Latin and Russian but no French. Not that I think it makes sense to have stuff like Bonjour in an English book set in France (I get the convention to leave Madame/Mr/Frau untranslated because it would sound really odd if you did but there is no reason to keep other words for which there is a perfectly valid translation) but at least those are phrases that have no reason to be kept untranslated but that I also understand. No, here we have stuff like 'Ma biche' and 'Merde a la puissance treize' which I had to run through Google Translate to get ('My doe' and 'shit to the power of 13' which at least is a nice curse to remember...and no I did not need Google Translate for 'merde', I know that much French) which is far more work than I am willing to put in a book that has been merde so far anyway.

Our heroine has a terrible life you know. Because she's just that beautiful. And her tits are huge. Which is horrible because all men are care about are her looks. Nobody cares that she also has a proper education.

As one of 11 children of a peasant-family.

Growing up in pre-revolutionary France.

But don't worry. She's not perfect. She has flaws.

She had horrible habits that included using her acting skills to get what she wanted, biting her nails and falling asleep in her corset

See? She's basically a mess. Nobody wants a woman with these major flaws.

Meanwhile our hero has a tragic past. He was severely bullied by his older brothers. Which included tying him up somewhere outside and leaving him there for days...which he apparently survived without starving, developing pneumonia and his parents never wondered where he was.

But now his brothers are dead and he has to avenge them because he loved them just that much.

I am only at the 19% mark and I didn't even get round to mentioning the massive WTF-just-happened-I-am-dying-from-second-hand-embarrassment-sex-scene.