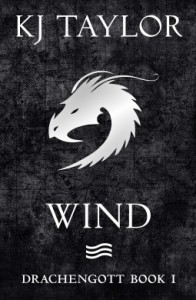 Rutger has always been a bit different. Wanting more than his current provincial life holds, he practices swordfighting, ensuring he's ready for ... he's not quite sure what. Until he meets Swanhild, an enigmatic young woman who knows exactly what she's training for - war. The two meet every day in the forest to practice magic and Rutger feels like he finally belongs somewhere

Let's start with the good bits:

In this fantasy-world women are fighters, rulers and have jobs and nobody comments on it ever. The main-character isn't motivated by a fridged woman but by the death of his elder brother.

The gratuitous German the author uses is correct. Mostly. Well there are some typos. And a few instances of 'this is not wrong but this sounds odd to a native-speaker' (Heikchen, the language Britannisch).

And...uhm...well It's not sexist and the author is aware that Google Translate isn't a good source is a start right?

The gratuitous German is in at least half of the cases exactly that: gratuitous and unnecessary.  Naming the big bad Drachengott instead of Dragongod or something completely made up? Why not? I also had no problem with the German names for the different fractions (Ketzer (heretic), Gottlose (godless) and I just hope that Jüngen is deliberately spelled that way and the author didn't mean Jünger (disciple)).

I'm not sure what somebody who knows no German at all is going to think of that (though fantasy-readers should be used to remembering random letter-combinations that make no sense to them...)

But that's not all. The main character sometimes just speaks German because of reasons. It's not to convey that he's speaking a different language than when his dialogue is in English and the German phrases he uses all have equivalents in English. There is no point in him saying 'Guten Morgen' instead of 'Good Morning' or 'Verdammt' instead of 'damn'. The author wanted to show of her German skills.
No brownie-points for you.

Also in non-linguistic matters: It's all very Generic Fantasy Novel 101. Rutger might not be The Chosen One in the narrow sense of the word but he's still Very Special. In his first magic training session it is already pointed out that he has magic talent like no other.
There is a stunningly beautiful and mysterious woman and of course he falls for her. Why? Because she's stunningly beautiful. We never never see much of their interactions outside their training and when Rutger thinks about Swanhild he thinks about how much in love he is with her and how beautiful she is and not much about...idk her character.

Not that we learn much about Rutger's character. He's mad because his brother was killed by a dragon. He has lots of other siblings but only two of them get names. He feels a bit sad about having to lie to them when he goes away to kill dragons. He loves Swanhild with the pure and true love only a teenage boy can feel towards a beautiful woman who teaches him magic and gives him the opportunity to see the world beyond the village he grew up in. (I am sure this is a 100% healthy and can in no way go wrong ever. Cheers to the happy couple!

And that's it. That's his characterization.

The plot itself is not better. Rutgen and Swanhild encounter problems on their way but they are always solved in a few paragraphs.
Rutgen fights his first dragon and is so scared that he makes a mistake? He catches himself just in time and kills the dragon after all. He was seriously injured in the process? Swanhild conveniently knows healing magic.
They fall from a great height? They land in a pond and aren't hurt at all (because that's exactly how physics works!

It's almost more annoying than plots where nothing bad happens to the main characters at all. There is genuinely nothing that really stops them for even just a few days.

What else? Oh there's a plot-twist that will only surprise you if you've lived in a cave all of your live, never interacted with other humans and consumed no media.

No wait. Strike that. Even in that case you will roll your eyes and say 'You don't really expect me to be surprised now, do you?'