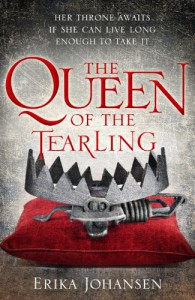 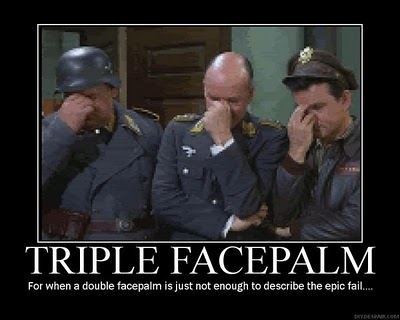 Actually the failed worldbuilding needs an infinite facepalm because nothing makes any sense.

We're in a post-apocalyptic world. What exactly happened? When did it happen? How much time has passed since then? Who cares?

There still seems to be knowledge about technology and such from before the apocalypse. Kelsea knows about genetics (and e-readers...) but now there is zero technology. Nobody with any knowledge oh how it works/how to built it seems to have survived so our setting could as well be your average pseudo-medieval fantasy. There's queens and castles, people ride on horses and hunt with bow and arrow.

Perhaps that can partly be blamed on the fact that Tearling lacks resources so even if somebody knew how to it would be hard to build many things but it doesn't really seem like the neighbouring country (which has more resources) has anything more advanced than broadswords.

How can all the knowledge be lost? 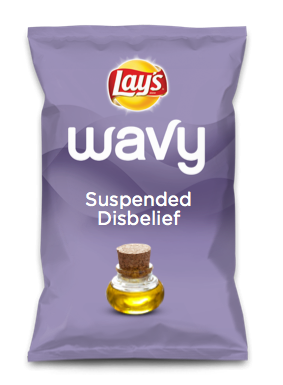 (You'll need so much of those)

Then there's The Crossing. Or The British-American Crossing. Which I assume means people went from Britain to America. This happened...somewhen after the apocalypse and before this book takes place. If the time between these events was measured in decades, centuries or something else...who cares?

A guy called Tearling seems to have been the leader of that...expedition-thing-whatever. And so the country is now called Tearling. There's also Mort and New Europe. And a New London but that's in Tearling. And perhaps New Europe does no longer exists as it's been invaded by Mort. Or whatever.

Why re-name American places? Why re-name some as New XY and give others completely made up names? And why is there at one point a reference to 'uncharted territories'? Did the apocalypse change the complete tectonic make-up of the earth? Or did every single map in existence get lost? Who cares?

Then there's the thing about religion. First of all: Organized Religion does not have the tendency to be incredibly progressive, still you'd expect a few thousand years plus a massive disaster that apparently destroyed most of the earth would have some impact. Still the Christianity in this book seems to be little different from today's (or perhaps even medieval-style Christianity where the church's influence was even more massive).

Also: that Tearling-guy was an Atheist. A quite strict one apparently. How come that in the country he founded the church is still so influential? Kelsea will only really be accepted as Queen if she is crowned by a priest?

There is always alcohol.